COMPANY PROFILE AND ITS HISTORY

COMPANY PROFILE AND ITS HISTORY

Teknia Uhersky Brod, plc.: We are a dynamic company which develops, produces and supplies precise technical mouldings made by injection. We produce goods for renowned domestic and foreign customers in the field of car industry. Range of products which we offer is large. It includes lighting parts and sets, interior components, such as airbag covers, dashboard components and other technical components.

1992
History of Teknia Uhersky Brod, plc. dates back to 1992, when the predecessor of our company – KASTEK, public limited company – was established. The activities of KASTEK company focused on production of plastic shoemaker’s components.

1993
In 1993 the company changed its legal form and it was registered in the Commercial Register as a limited liability company. A year after it was established, in 1993, the company expanded the range of products and started producing technical mouldings.

2003
The year 2003 was a significant one for the company. New hall for surface finishes and assemblies was opened and the operation was launched. Technologies in production were expanded, as well as supplies and production of the company on the market.

2006
Other important events happened in 2006. First of them was a change of legal form to joint-stock company. The second one, which happened also in 2006, was a change of the owner and a new trade name – Iberofon CZ.

2011
Since 2011 the company has been operating under the trade name Teknia Uhersky Brod. 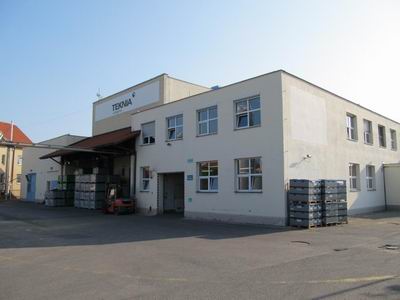 We use top-class technological equipment, such as injection machines and equipment for surface finishes of mouldings, in our production. Currently it has 285 employees and it rates among the most important employers in the region.